When Alexander Murray and his family arrived in South Australia in 1840, the colony was barely four years old – about the same age as the Murray’s eldest child, Alexander Jr.

Born in Glasgow in 1803, Alexander was a 40 year old man when he left his Scottish homeland, not a young, brash adventurer.

Accompanying him were his sister Elizabeth, his wife Jane (also sometimes known as Jean), Alexander Jr. and his youngest son, Peter Albany, who was only one month old when they embarked on this voyage. One can only imagine the trepidation that this family must have felt!

Their ship, “India”, arrived at Port Adelaide from Greenock, near Glasgow on the 23 February 1840. They had survived a five month voyage that saw several storms, the loss of masts and rigging, and worse, the loss of two crew overboard during one of the storms.

On arrival the Murrays initially set up on an 80 acre property at Morphett Vale that Alexander had purchased before leaving Britain.

During their first few years in South Australia a daughter, Jean Eliza, was born and Murray’s sister, Elizabeth, married a widower, the Rev. Samuel Gill (father of S.T. Gill. the well-known colonial landscape painter, whose paintings hang in the Art Gallery of South Australia and other galleries).

Early in 1844, Murray sold the Morphett Vale property as he, like many others, had been affected by an economic downturn in the young colony. He then purchased 10 acres at Coromandel Valley from Rev. Gill. The property was named Craiglee, possibly for Jane whose maiden name was Craig.

Craiglee was witness to births, weddings, illnesses and the demise of several Murray family members, including that of Peter Albany in 1864 at the somewhat youthful age of 25 years.

Murray planted Craiglee with “…a variety of fruit trees…two patriarchal black mulberries…apple, pear, and plum trees…” (as later described in the South Australian Register, 26 April 1865). The ingenious Mr. Murray also developed a mechanism which would “in a great measure supersede the use of steam” (the South Australian,  27 February 1844), and he intended to return to Scotland to lodge a patent.

Murray wanted to illustrate the great possibilities that the colony had to offer and on this same visit, took an exhibition of his own and other paintings of South Australian life and scenery to Glasgow and London. The Glasgow Argus of 17 November 1845 described them as “deeply interesting”. Alexander Murray Sr. remained passionate about South Australia all his life.

By 1867 the factory had expanded to three storeys, and was powered by steam instead of horsepower. Biscuits were now cut by new imported machinery and they were producing four times the quantity that could be sold in Adelaide.

This “manufactory” was to earn accolades from the Colonial business world, from the then Governor Sir Dominick Daly, from the many exhibitions where his produce was shown, and from the Coromandel Valley community in which Alexander Murray and his right-hand man, his son Alexander Jr. lived, worked, worshipped and entertained and which also benefited from the Murrays’ unselfish benevolence.

Murray extolled the virtues of free trade rather than protectionism, and believed that the colony was capable of standing on its own two feet, instead of dependency on the Mother Country.

Alexander Murray Sr. went to Philadelphia in 1876 to attend the Philadelphia Exhibition and to buy new and improved machinery and boilers, at which time the factory was employing 50 or more people.

In 1880 aged 77, Alexander Murray died suddenly and his widow Jane followed him a few months later.

Alexander Jr. then had to shoulder the loss of father and mother, while continuing his father’s well-run and profitable business. It fell to him to continue to grow the legacy of the Murray family.

But that’s another story. 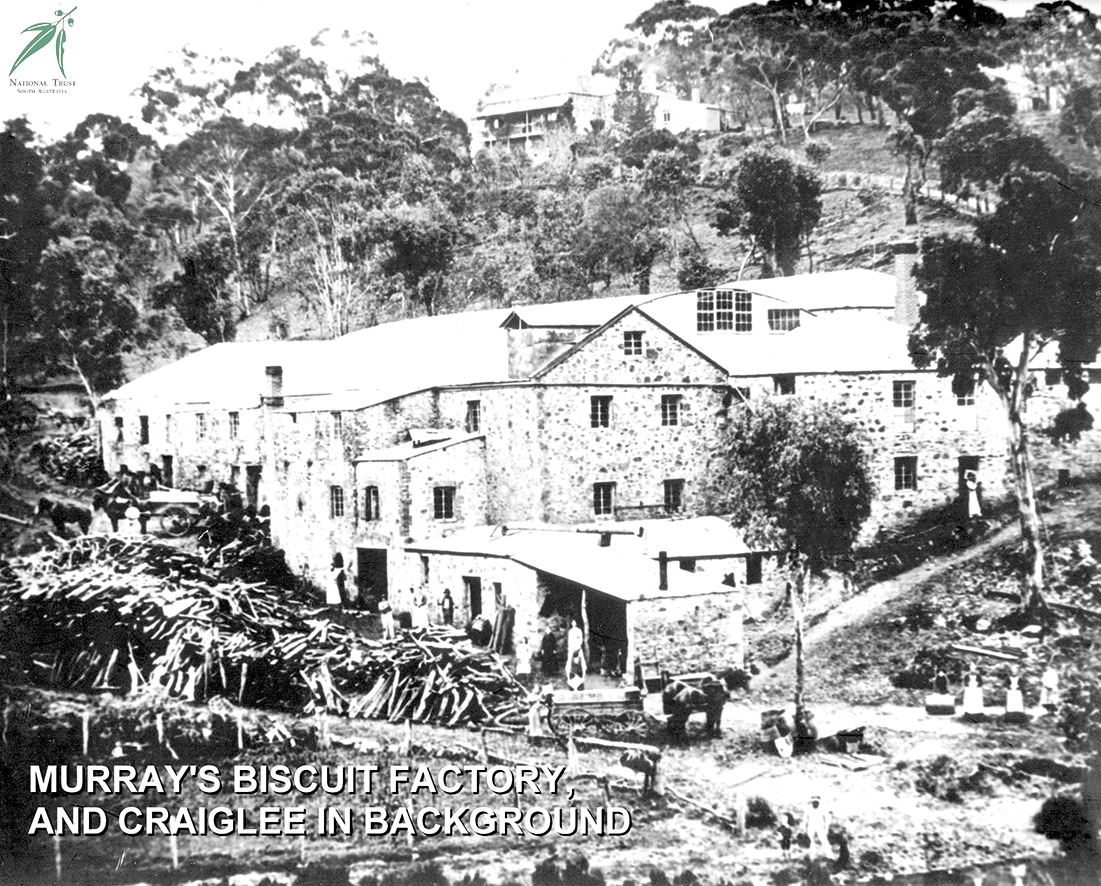