By 1865 the factory had expanded to three storeys, was powered by steam rather than the traditional horsepower and biscuits were cut by new imported machinery.

Murray’s factory was producing four times the quantity that could be sold in Adelaide.

From time to time, the South Australian Register reported on Murray’s progress.

On 26 April 1865 it described Craiglee as having “…a variety of fruit trees…two patriarchal black mulberries…apple, pear, and plum trees…”.

Then on 11 April 1867, it stated that “…there was now no imported biscuit in the market” and that season, Murray’s factory produced 24 different varieties of biscuits – 8,115 tins, each weighing 18 pounds* each and 375 cases, each weighing 50 pounds*.

By 1880, the now four-storey factory’s capacity for making its Craiglee jam had risen to between 200 and 300 tons in a season, while biscuit production to some 40 to 50 varieties. There were many references in the newspapers of the day as to the factory’s use of local fruit, local labour, and huge amounts of butter, sugar and flour. All in all, the factory was rarely below full production capacity during these years.

Alexander Murray Jr. continued the management of the factory after his father's death in 1880.

On 8 February 1883, the South Australian Register published a glowing account of the factory’s operations and produce, noting “…350 tons of jam will be turned out…sixty-two persons are employed…most of the fruit used is of South Australian growth…[the factory] has four separate storeys…six coppers heated by steam…As soon as batches [of biscuits] are packed they are carried off by eager buyers…Mr. Murray is a very ingenious mechanician who has supreme control and oversight of every department of the business.”

in 1898, the death of Alexander Murray Jr. after an accident involving a cyclist and his horse, hastened the downturn and eventual closure of the business in 1903.

The factory and the homestead represent two significant buildings in Coromandel Valley’s history. Craiglee was witness to births, weddings, illnesses and the demise of several Murray family members and still stands. The remains of the factory are now a tastefully restored private residence.

Together they are a significant remnant of Coromandel Valley’s heritage and memorial to one of our state’s very early pioneer manufacturing families. 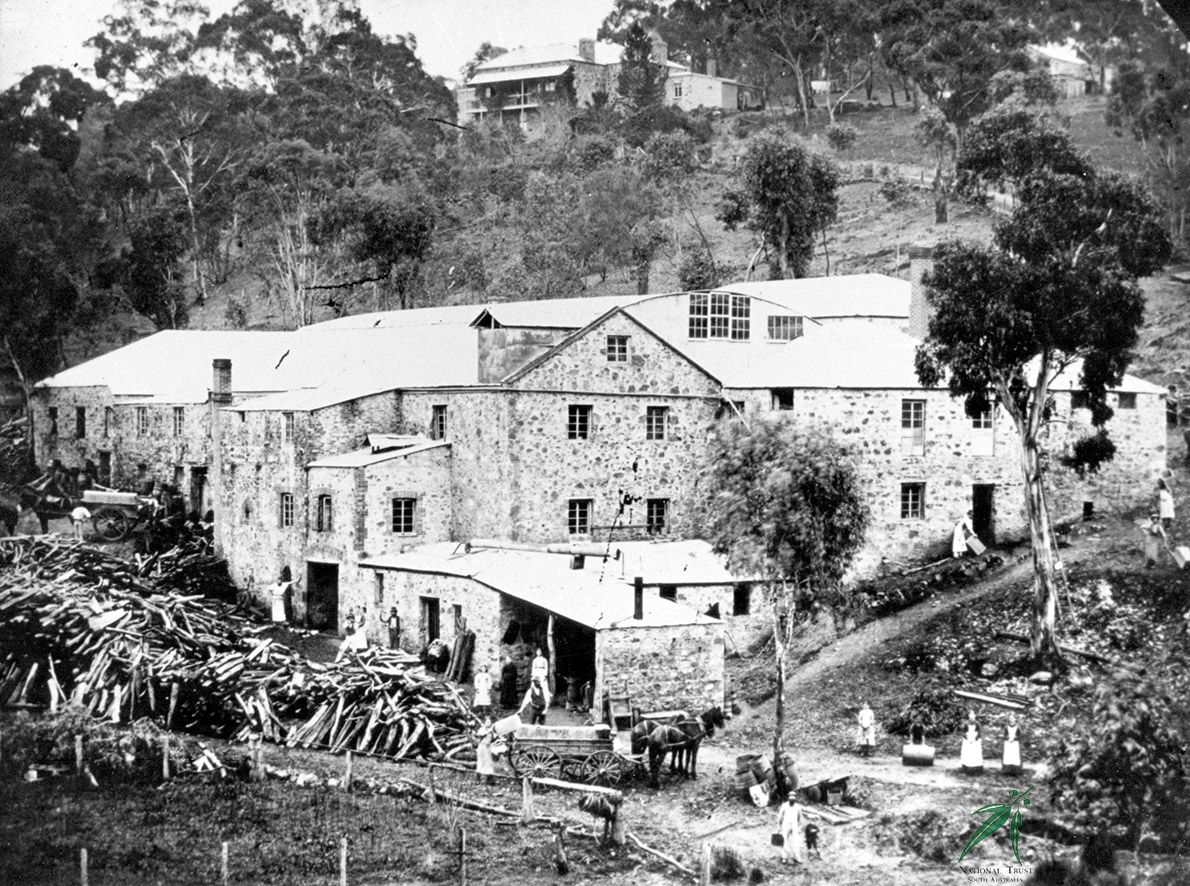 Alexander Murray's Jam & Biscuit Factory was a thriving concern and a major employer. 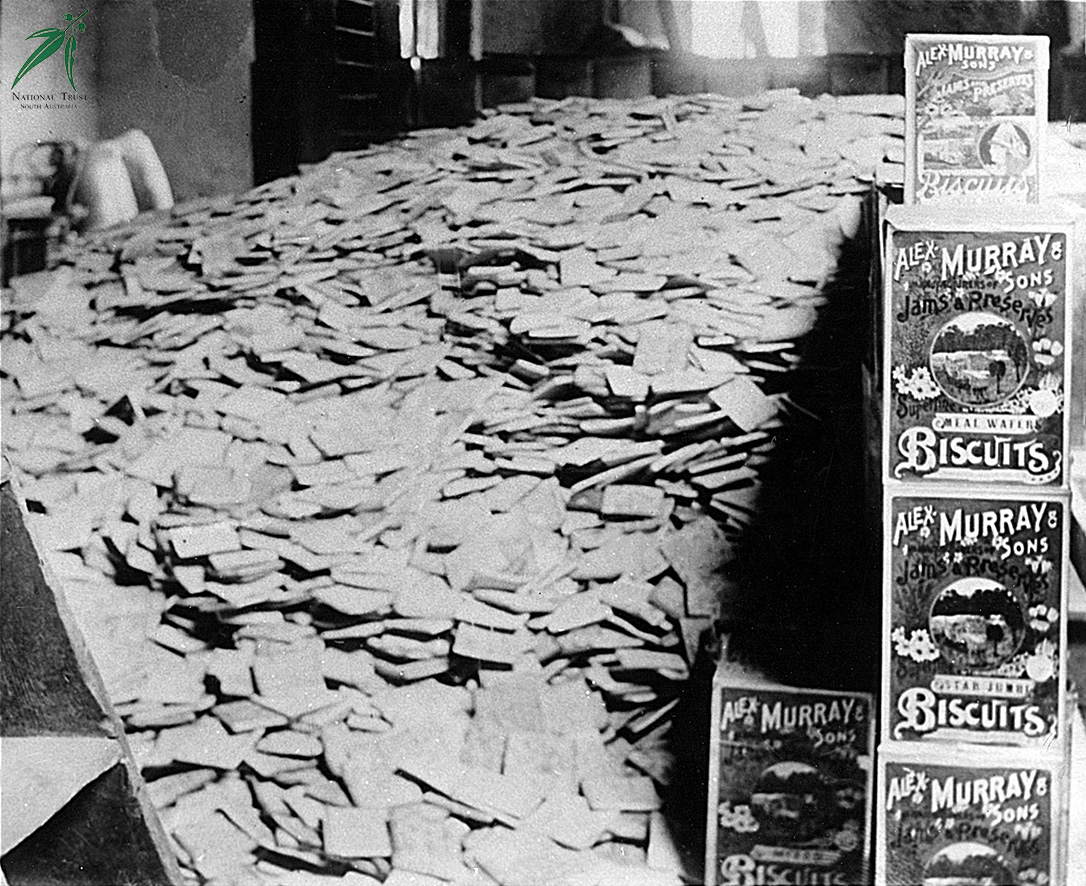 Alex Murray & Sons Meal Water Biscuits were very popular judging by the quantity they were baking. 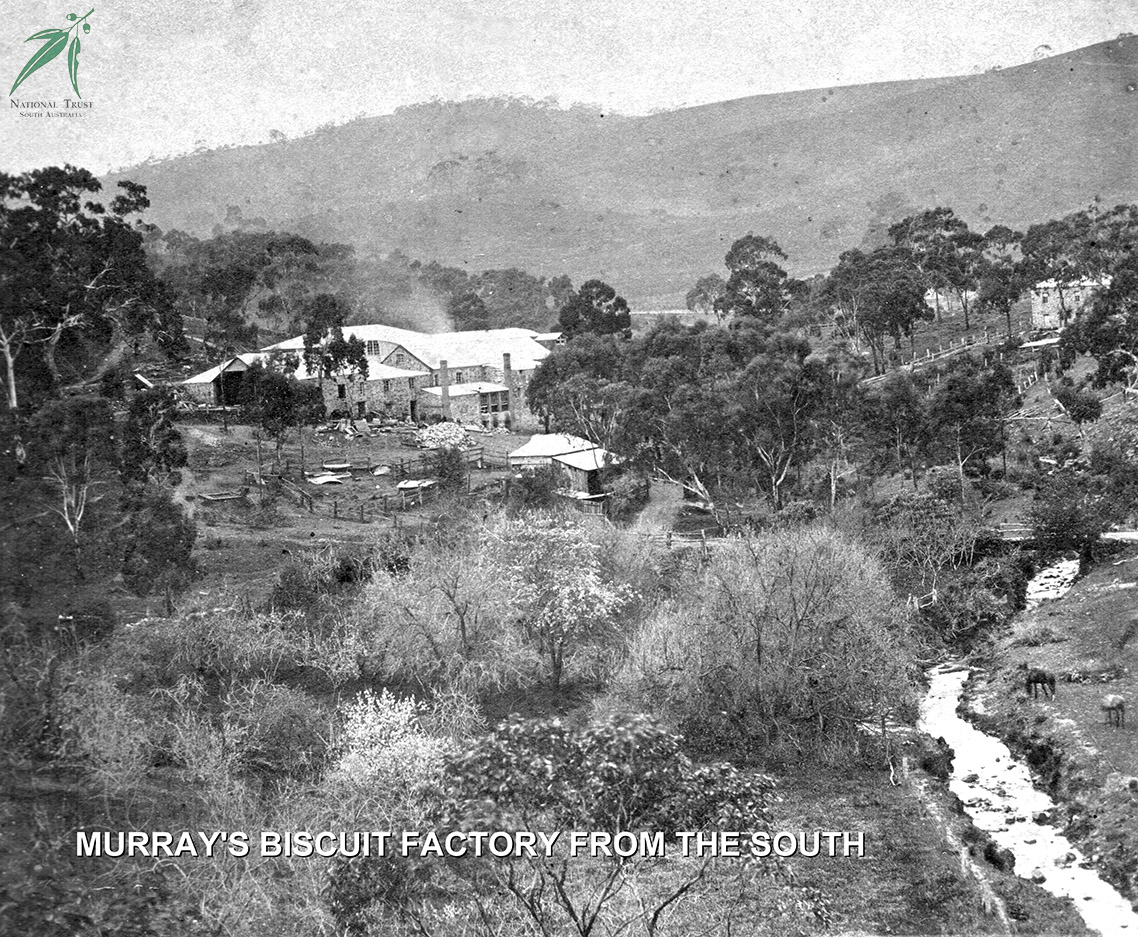