This Memorial is symbol of the deep respect the Coromandel Valley community had for the local men who served and, in nine sad instances, died in World War I.

It was unveiled at a major community function on Saturday 28th May 1921, 17 months after the public meeting at which its construction was first discussed.

Coromandel Valley was a thriving, strongly knit community of some 50 households before the outbreak of war. There was a primary school, three churches and an Institute with an active social calendar.

Marriages between members of the early settler families meant that many community members were related and the layout of the Valley was conducive to close social interaction.

In late 1914, Australia committed troops to the war effort. A total of 32 young men from Coromandel Valley enlisted. Of these, 23 returned. Nine were lost in service to their country, some were killed in action whiles others died from war injuries or disease.

Privates Altree and Jones were the first of those fatalities, losing their lives at Gallipoli. Two Moreton Bay fig trees were planted in their memory on what is now Weymouth Reserve.

Coromandel Red Cross was formed in 1914 to actively support the war effort, the troops and their families. It organised fundraising concerts to aid the soldiers’ next-of-kin. Its 1919 Annual Report states that over the war years 800 pairs of socks were knitted, 1,316 other garments made and £317 was raised.

In the Our People section of this website is a category titled WWI – The Fallen, where you can learn more about the nine Coromandel Valley men who did not return to their loving families.

How could anything be the same after the war? There was no possibility of pre-war Coromandel Valley being re-established. A memorial to those who served was suggested.

John Weymouth II chaired a meeting held in the Institute on Thursday 11th December 1919 to test public opinion on whether Coromandel Valley should combine with Blackwood to erect a soldiers memorial or whether something should be done locally. A committee was formed to investigate and report.

At a meeting on 30th March 1920, again held in the Institute the committee recommended that the Valley build its own memorial. Recommendations for the proposed site, cost estimate of £180 and a plan to use marble in the construction were unanimously approved.

On Saturday 4th June The Adelaide Observer reported, “So strong was the community sense of loss, grief and pride at the time that the 50 households of the Valley contribute £268 – an average of £5 each – more than the average wage for 2 weeks – to build it.”

Nine pine trees were planted immediately west of the memorial to commemorate the fallen, with plinths at their base. The years have taken their toll on the trees, but the plinths remain.

In 1999/2000 the monument was relocated to its present more accessible site, about 100 metres north of the original, to be unveiled a second time on the 79th Anniversary of the first unveiling. 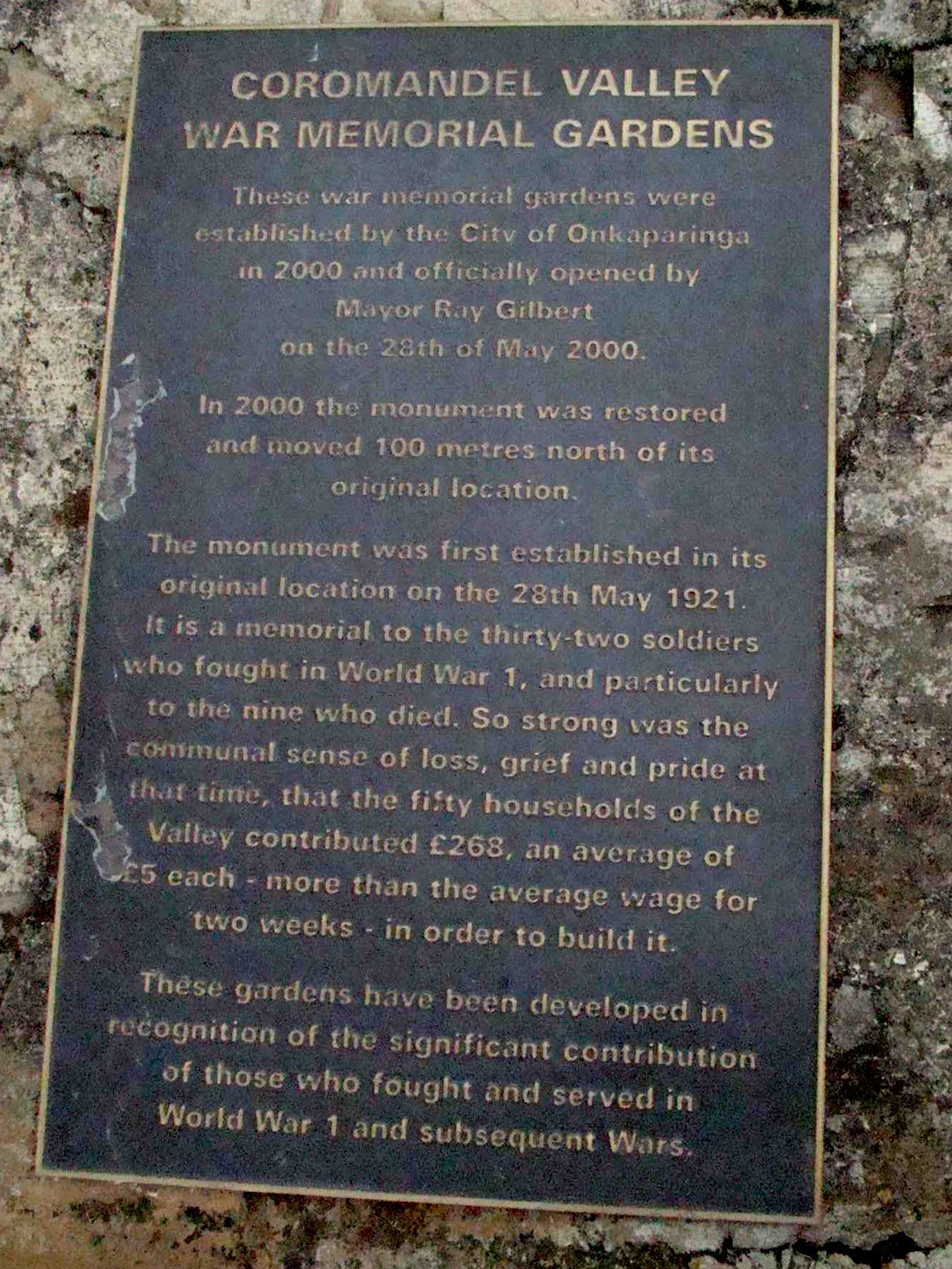 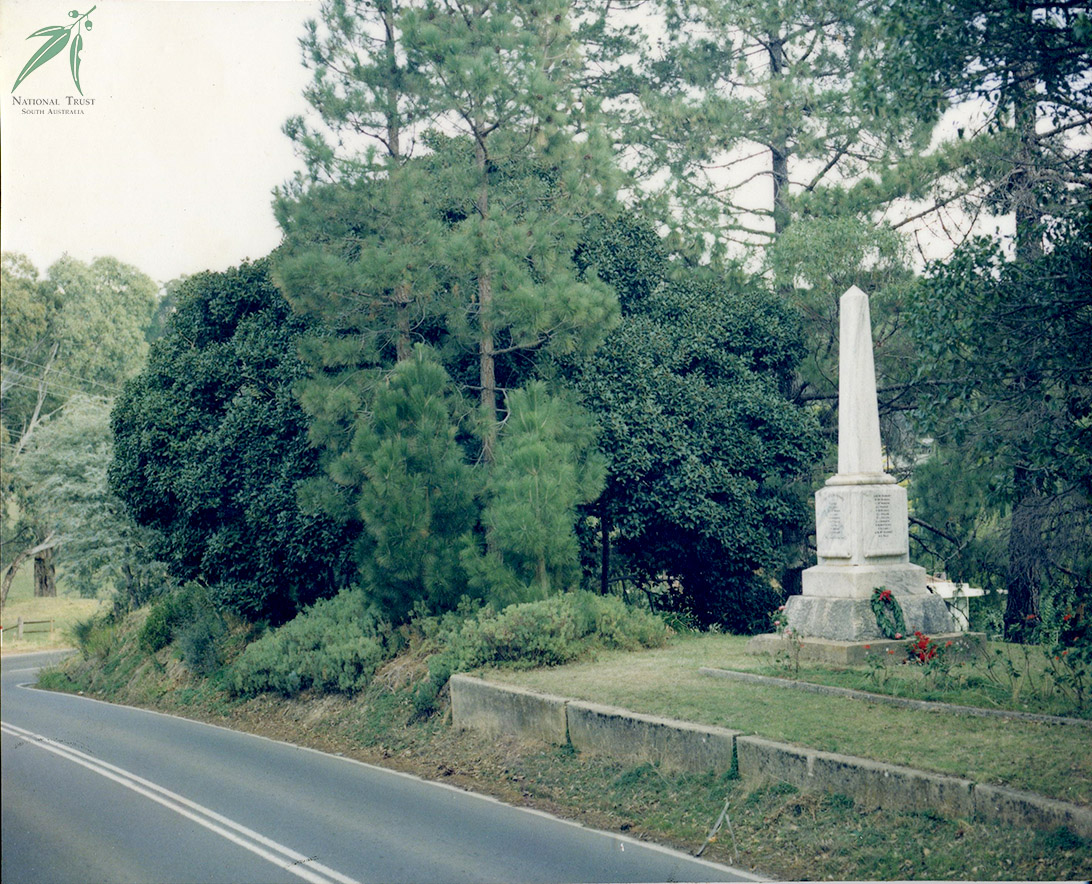 Coromandel Valley War Memorial originally stood some 50m south of its current position. It was moved to improve pedestrian safety and accessibility.