On the River Sturt at the lower part of Winns Road, Coromandel Valley, this is an area of historic significance with three Heritage listed items.

This location is significant to the progressive development of Coromandel Valley from the 1860s.

The stories of each of the buildings, their grounds, and the people who lived there, tell tale typical of the development of Coromandel Valley, including its triumphs and tragedies.

The precinct is primarily part of Section 865, assigned to the South Australian Company as laid out in the original survey of 1838. A portion of section 1089 on the western side of Winns Road is involved in the development.

The earliest European occupants of the precinct were Enoch Shepley, Henry Langsford, and brothers Walter and Oliver Winn. The Jones and Watchman families were to follow.

An early arrival from Cheshire, England, was (John) Enoch Shepley who came to South Australia on the Baboo in 1848. It was one of his children, also named Enoch, who played a significant role in the development of this precinct.

Enoch had been leasing land from the South Australia Company and he successfully sought to purchase a portion of Section 865 near Sturt River. He built a two-storey house on a large allotment at the lower end of Winns Road.

This building incorporated the Shepley general store and post office on the lower level, which opened in 1861. This was a stopping off point for the stagecoach on its way to Clarendon and Goolwa to the south.

The Bakehouse was built just across the road, on the banks of the river, in 1878 by Daniel Hewett and it was first operated by Enoch's son-in-law Henry Langsford.

In 1883 Richard leased, from the Shepleys, property including the house and store, bakehouse and a portion of land east of the river. His son Walter ran the businesses. In 1887 Richard bought the leased properties.

The Winn family operated businesses in the precinct area for 45 years.

The Jones family also has a role in this precinct's story.

One of his sons, Edwin, married Annie Wait, and one of their sons Walter (known as Tim) married Ellen Weymouth.

Tim operated the Bakehouse from 1933 until 1940. In 1942 he bought the Winns Rd house and bakehouse properties. Tim lived on Winns Rd until his death in 1969.

In 1970 Murty Conlon, (a foundation member of the Coromandel Valley & District National Trust), leased the Bakehouse to the National Trust for use as a historical museum. The Bakehouse property was sold in 1987 to the City of Mitcham, but continues to be leased to and operated by National Trust SA to this day.

Oliver Winn (another son of Richard Winn), in 1882 married Sarah Wait, the daughter of William Wait who was a butcher in the southern end of the valley. In 1888 William Wait helped Oliver set up a butchering business and later a residence east of the Sturt River on land owned by his father Richard, and across from the Bakehouse operated by brother Walter Winn. Walter and Oliver inherited the respective properties at Richard’s death in 1904.

Oliver died in 1913 as a result of an accident with his horse shying. Sarah and daughter Beatrice (Daise) continued the butchering business with the help of Sarah’s nephew William (Arch) Jones who took over running the business in 1916. The Coromandel Valley butcher’s business ceased operation in 1932.

The house was rented out to various families until a daughter of Arch Jones, May and husband Laurie Watchman bought the property from Daise in 1943. The slaughter house was demolished in 1958, and the stable in 2010. The Watchman family continued to own the property until 2002 when it was bought at auction by the City of Onkaparinga.

The City of Mitcham owns the Winns Bakehouse property on the western side of  Sturt River, and leases it to National Trust SA for use as a local history museum. The open space and grassed surrounds provide a relaxing setting for family and group use.

The City of Onkaparinga owns the property at 360 Main Rd, known as the Watchman House on the eastern side of Sturt River. A lease has been granted to National Trust SA to manage the premises as a history centre and display area. The restored building is well suited to community uses such as small group meetings and family gatherings, especially as it is adjacent to the Sturt River Linear Park. 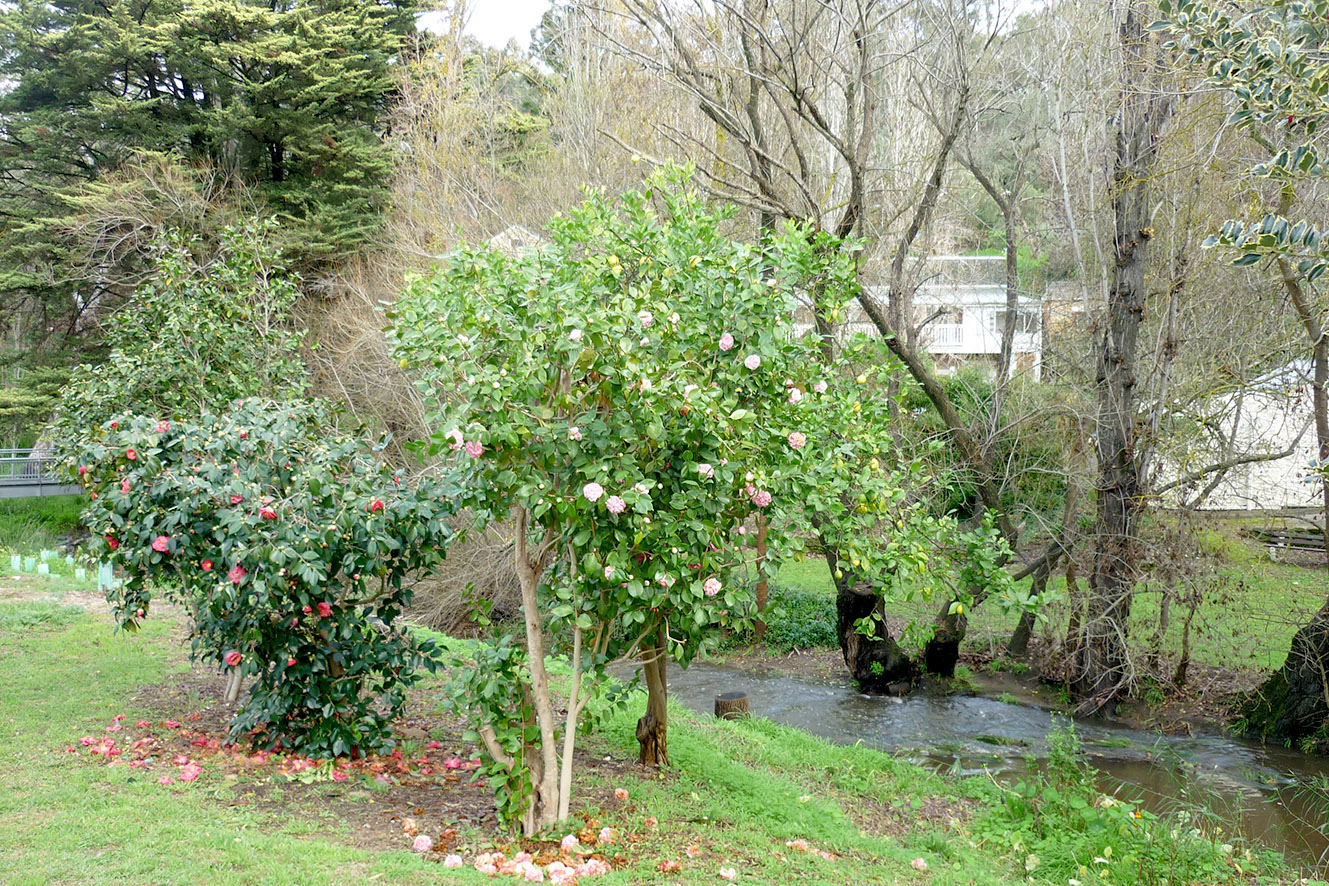 A view west across Sturt River from the Watchman House garden. Centre in the distance is the Shepley House. At right is Winns Bakehouse Museum.